It’s been years since Edward Snowden spoke out about internet privacy. He famously said “Even if you’re not doing anything wrong, you are being watched and recorded.” and that statement holds even truer today. According to a recent survey, over 86% of internet users have taken some action to remove or hide their online interactions – 55% said the reason for upping their attention to online anonymity was to avoid being tracked by governments, organizations and specific people.

The Doe believes for true freedom of speech we all need to be free online. The added level of intrusion and capability for intrusion by governments means that everything from our social media to the news we read is being impacted. Would you whistle blow if you thought you were being tracked? Probably not! The Doe aims to change this and is a truly anonymous blog that keeps users incognito, while providing verifiable news stories. If you’re wonder why such a thing needs to exist then here are some of the many pros of remaining anonymous online:

Being anonymous on the internet allows you to fully exercise your freedom of speech right. Via the adoption of unidentifiable pseudonyms, online users can speak their minds freely with true anonymity on popular opinion-sharing platforms, such as Twitter, YouTube, Blogs, and website comments sections, without fear of judgment or backlash in their life offline.

Remaining anonymous online means surfers can enjoy freedom of movement without having their activities tracked and monitored by snoopers. A web user can purchase an item online, watch a video, comment on a news story, post in a forum dedicated to a particular community, and express support for a cause or personality, all without facing judgment in the real world.

By being anonymous, online users don’t have to worry about threats to their personal safety coming from a direct result of their online interactions. For example, someone can criticize the actions of a particular movement without having to worry about members of that movement finding out where they live to carry out violence.

One of the most valuable commodities online is personal data, which is why hackers dedicate so much time, energy and money into trying to obtain it. Remaining anonymous online prevents hackers from being able to access sensitive personal data, including passwords, login credentials, banking information, and credit card transactions.

By establishing an internet persona that is not connected with a user’s legal name, people can become anonymous online. An online persona makes it easy to compartmentalize your personal life, online hobbies, and political views and allows you to establish connections with people who share a similar interest in specific areas.

Looking at all of the benefits of online anonymity featured above, it’s not hard to understand why today’s internet users value it more than ever. Unfortunately, however, a lot of mainstream infrastructures only allow users to retain a limited degree of anonymity. To avail of full anonymity online, users need to use other tools.

One of the best tools for maintaining ultimate online anonymity is the free app Hotspot Sheild Hotspot Shield VPN. The app works on Mac, Windows, iOS and Andriod devices. Installing a VPN on your devices will provide you with enhanced anonymity on the web.

Assess The Health Of Your Feet With These Tips 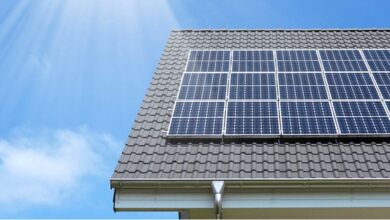