The United States President, Donald Trump ha signed on historic $2 trillion stimulus Coronavirus packages. The lawmakers and the white house reaching this agreement. The senators are expected to get start the voting on this new relief package.

In DC, the Jeff Smith of Yahoo Finance told in the interview;

“We don’t have the official text yet but there are some details that are starting to emerge. I did want to note that three Republican Senators named Senator Graham,? sass, Tim Scott said that they are going to oppose the fast-tracking of this bill because of a huge drafting error as what they call it. They said this error in incentive’s layoffs and they are going to oppose it unless that error is fixed. So why that is important is those 3 Senators if they are saying that they would oppose the fast-tracking yet that could delay the process.”

This bill has an agreement to provide money and some support for American citizens. Not only them but this agreement allow to help small business, airlines, and industries.

More she said in an interview;

“Some of the things that we have learned about the bill itself it includes a direct payment to American’s it includes;

So, there is going to be oversight of this money there’s an IG! and a committee that is assigned to look after that was something, Democratic lawmakers. Senator Pat Toomey said? that the employer portion of the payroll tax will be suspended for 2 years. Still, people in White house are waiting to find out on any of the timing on this vote $2 trillion stimulus Coronavirus packages.

So, do you think this agreement has high scope?

It’s the huge package just for comparison’s sake the big stimulus bill back in 2009 was around 880B$ and agreement payment is the less of half of the amount of 880B$. The bill involves 88M$ for the peace corps, 95M$ for USAID.

Rick Stated in an interview;

“I think Congress kind of got this right I hardly say that I’m very skeptical of almost everything that happens in Washington but I think they learn from some other mistakes back in 2008 and 2009 $2 trillion stimulus Coronavirus packages. I think there is one very important cautionary note here which is this is not going to make a big difference in the next few weeks. Its gonna take time for all of this funding and all the other sorts of aid to flow through the economy.”

As the US State has been destroyed! badly due to this COVID-19 Pandemic. This agreement is now a golden paper for those who are suffering from huge problems in their lives in America $2 trillion stimulus Coronavirus packages. This will probably have scope for all citizens in America. How to Design the Perfect Book Cover: 10 Simple Steps 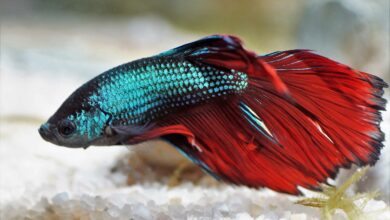 When Is The Best Time To Change Betta Fish Tank Water?