Happy new year not only brings joy and Happy new year wishes but it also brings food. People get an excuse to make exclusive dishes on this special event. if you also want to make some food then, this article is for you. Here are some of the best and simple appetisers that your guests will enjoy to help you surf into the new year with a casual New Year’s Eve party meal that has all the gourmet touches without the effort.

Smoothie with satsumas and cinnamon

Satsuma smoothies, like the satsuma orange often found in Christmas stockings, provide sweetness to a savoury meal. Combine two parts yoghurt, one part satsuma juice, and half a cup of ice in a blender. To taste, add orange liqueur to your concoction. In the shot glass, place a cinnamon stick.

Puff pastry with pepperoni and Parmesan

When you’re short on time and don’t want it to show, frozen puff pastry is the way to go. Brush the puff pastry with olive oil after unfolding it on a floured work surface. Pepperoni slices and grated Parmesan are layered on top of the puff pastry. Roll the puff pastry into a cylinder with fresh herbs. Preheat the oven to 200 degrees Celsius (392 degrees Fahrenheit) and bake the pastry until golden brown. 1 to 1.5 cm (about 1/2 inch) intervals throughout the pastry

You can’t pass up the opportunity to include this dish in your New Year’s Eve meal because it takes so little time to prepare. In a food processor, combine two parts lightly cooked chicken livers with one part melted butter. Purée in enough double cream to get a creamy texture, then season to taste with apple brandy. Before serving, allow it cool somewhat.

The flavours of packed bacon-wrapped dates are sweet, salty, and meaty. Stuff an almond and some goat cheese inside each date. Each date should be wrapped with smoky bacon and secured with a toothpick. In a 175°C (345°F) oven, roast the dates for five to seven minutes.

Granita with fresh herbs and coconut

Granitas cool the palette and eliminate everything but your memories of the preceding course. Combine fresh basil, four parts coconut milk, and one part simple syrup in a blender. Fill a freezer-safe jar halfway with the mixture. To make the granita flaky, freeze it for three or four hours, stirring every 30 minutes. Serve with toasted coconut flakes as a garnish.

Tenderloin of beef with a sour cream sauce

Tenderloin of beef, thinly cut, offers rustic elegance to any New Year’s Eve party. Cook two pounds for a party of 20, and one pound for a party of ten. In a 175°C (345°F) oven, roast the beef until it reaches a temperature of 55°C (130°F) in the centre. To prepare the sauce, combine three parts sour cream and one part mayonnaise. Using double cream, adjust the consistency.

How to save money on bachelorette party

How do you write a financial analyst resume?

10 Tips for Keeping the Spark Alive in a Romantic Relationship 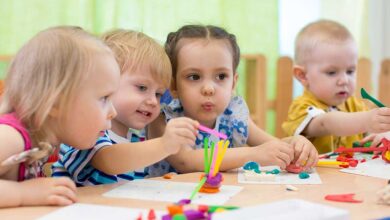 Why Is A Daycare Good For Your Child? 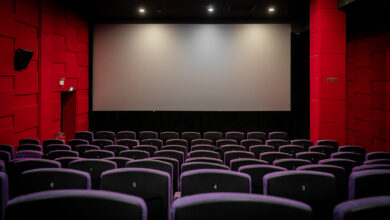 Show Time: How To Set Up Your Home Theater Set Up The Right Way