MT Vikings placed themselves again as one of the more dominant teams in ladies’ polo world with their latest match! The team lead by Siri Bazzoni showed one more time an outstanding performance in a game that was played at Guard Polo Club. This match secured their place in the final of the Guards Ladies Charity Polo and the beloved Lord Patrick Beresford Trophy.

It is important to say that this is the third title of this team, which highlights the effort and dedication that MT Vikings has with their team and the sport. The earlier victories were at the Royal Berkshire and Cowdray Park.

Related to the prestigious Guards Polo Club, another important victory was the Smart Works Reading, the official charity of the Guards Ladies’ Polo Tournament. Due to the global pandemic, the polo match had to be played behind closed doors. That brought as a consequence that the charity couldn’t organize their usual fundraising, but they didn’t stop there. They decided to go online.

As a way around the global pandemic, the charity teamed up with Guards Polo Club and hosted an online auction and raffle that was live throughout the entire tournament. Thanks to some frantic bidding and generous donations, they raised more than £6,000 for Smart Works Reading.

This foundation has a really interesting approach. Smart Works Reading opened in 2015 and their success was instant. They work with the vision of bringing the dressing and interview coaching service to women within the Thames Valley as a way to motivate and encourage woman to give the right image in job interviews. They give confidence.

Smart Works Reading give to their clients a complete outfit of clothes and accessories (theirs to keep) and provide one-to-one interview coaching so they feel more confident and start believing in their own ability to succeed. A very interesting way of motivating woman in what it can be a very unmotivated world.

The team is composed by over 65 highly skilled, fully trained, professional volunteers. In addition, all our stock is donated through professional women and organizations or comes direct from our retail partners such as Hobbs, Evans, Primark, Fluidity, Hope and many others.

After 16 years in the picture, Smart Works Reading has become a great way to get that self-boost we all need sometimes. This is one of the reasons that their online auction and raffle was so important as a way to help the fundraising to continue with this great work. Plus, the online auction idea is a very interesting one. It is very exciting for everybody that attend and with great results for the foundraising

Going back to the final game, famous Siri EvjemoNysveennarrowly defeated Varvara Borodina’s Park Place in a nip-and-tuck game on The Queen’s Ground. Even though it was a very close match, the team work of MT Vikings put them back into the first place. Kayley Smith and Hazel Jackson-Gaona worked together in the third and Milly Hine worked hard to ensure that Park Place retained their lead.

Hazel converted a penalty to put MT Vikings into the lead and team-mate Emma Boers followed up with a fabulous goal to give MT Vikings some much-needed air on the scoreboard for the first time and from there, it was all written. The hard work played off and gave MT Vikings the victory, plus Boers received an acknowledgement as the “Most Valuable Player”. A deserved recognition for a player with outstanding performance in the field.

Also, Lia converted a penalty in the final moments of this match for Park Place but with the clock ticking down there were not enough minutes remaining to force this game into extra time and there was also no need. The ladies from MT Vikings made sure of that with a great performance in the field that allowed them to take the trophy home.

The match was very exciting and a most needed game in these pandemic times in which the world is working hard into reactivating after a year of complete pause. COVID-19 has affected all areas of our lives and it is now called “the new normal” so we need to adapt to it, even though it means having to play closed doors matches.

The trophy was received by Siri Bazzoni, which expressed proud and gratefulness with her team after all the effort that was needed to get to that point. The chairman of Smart Works Reading, Sarah Burns MBE was in charge of handling the prize and some other pretty interesting prizes that were generously donated by Clé de PeauBeauté. The luxury skincare and make up brand was announced to be the sponsor of the ladies’ 18-goal tournament at Guards Polo Club from 2021 and to celebrate this exciting partnership, they offered prizes to the winners.

This brand is Japan’s number one luxury skincare and beauty brand whose philosophy is to unlock the power of a woman’s radiance by innovative skincare technology and harnessing makeup from around the world. Considering the powerful woman that are part of these teams, there isn’t a better sponsor for it.

Earlier in the day Mindi Byrne’s Tex8n Ladies claimed the subsidiary final, which was played at Coworth Park. They beat Celina Lawrence’s Tarantula 5-4 in an exciting game.  However, win or lose, every player in this match also headed home with fabulous Clé de PeauBeauté gifts, which meant a lot for everybody.

Now, we are expecting more news from the next steps of MT Vikings. Definitely, the Polo world will be hearing more about Siri Bazzoni and her team that is working hard into adding more victors and trophies to their mark in Polo.

The history of swimsuits: how they’ve evolved over time

Common Mistakes to Avoid While Buying Your Tanzanite Jewelry 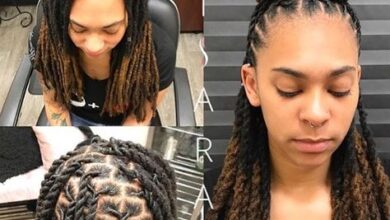