Monocrystalline solar panels have long been considered the better alternative to polycrystalline solar panels. However, monocrystalline panels (often just called mono panels) come in a few different varieties, and it’s important to understand the differences between traditional mono panels and the subsets available. A mono-PERC panel is one subcategory of mono panels on the market. What are mono-PERC panels, how do they differ, and are they even better than traditional mono solar modules? Keep reading to find out.

First, it’s important to understand what these terms mean. Monocrystalline solar panels have cells made up of a single (mono) silicone crystal. Silicon wafers are formed by making very thin slices of silicon boules or ingots, and these cells are much more efficient than those made from multiple (poly) crystals.

A mono-PERC panel also has a single cell of silicone but also contains a passivated layer in the rear of the cell. The PERC portion of this module’s name stands for passivated emitter and rear cell, referencing that extra layer added to the back of the solar panels.

The Purpose of the Passivated Layer

So, why add that extra layer to mono-PERC panels? Not all sunlight that strikes a solar panel is immediately collected. Some will be absorbed, while some are reflected, and other rays simply pass through. The light that passes through in a standard mono panel is simply lost. However, when the passivated layer is added to create a mon-PERC module, that layer can reflect back the photons that initially bypassed the photovoltaic cells. The addition of the passivated layer allows for increased efficiency and production in the same size of solar panels.

Ultimately, whether a traditional monocrystalline panel or a mono-PERC panel is best will come down to your priorities. Here are a few important comparison points to keep in mind when making this decision:

In general, mono-PERC solar modules are the better investment unless you have to stick to a tight budget with your system’s design. If you need further guidance on selecting the right panels, speak to a solar power expert.

The Importance Of Choosing The Right Parts For Your Forklift Truck 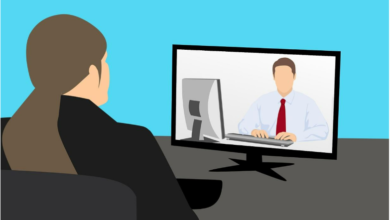