If you’re the type of person who loves traveling or visiting new places, it’s practically a no-brainer to know the place before going to it. You don’t want to be one of those people who ends up getting lost without a map. However, bringing an actual map is a bit of a hassle, which is why you need to download a digital map application called Maps.me.

In this guide, all of the main features of the free apps will be covered. Also, to answer why downloaded maps for offline use are critical for any travelers out there. Stay tuned to know more about the app in this beginner’s guide to using Maps.me.

The Best Choice for Travelers

There are many convenient choices on the internet right now regarding online and offline map applications; however, there’s one app that stands out above the rest, and it’s the maps me. This app is quickly becoming a traveler’s go-to app for traveling, which is why it’s been downloaded over a hundred million times with over a million positive ratings.

One of the main issues of online maps is the content’s quality of the map’s specific details. Unlike the usual maps that you usually see in any mobile device, Maps.me took a different approach to its quality. The developers of the map made the app universally approachable by using open-source OpenStreetMap data.

To those who don’t recognize the OpenStreetMap data, it’s an open-source program that’s entirely driven by the community. The majority of the content is generated by professionals, engineers, enthusiasts, or anyone who feels a deep passion for the map and wants to add their contribution.

Bring A Map With You Wherever You Go

After you’ve downloaded the mobile application of Maps.me, you can now use it to its full extent. And the best way to utilize the app is by using the offline feature of it. All you need to do is open the app, open the map you want, then download the GPS file of it. After you’ve downloaded the file, you’re given a prompt to open it, and then you can now use the offline map.

To gain access to the downloaded maps in your app, open the app, there’s an arrow beside the country’s name and click on it. Users can also access it by pinching the map as you zoom in closer to the location.

One of the best features that this app offers is that users can plan their trip and have a custom route to wherever they want to go. With it, users would be able to prioritize having fun on the trip and won’t miss a single place that’s either interesting or iconic. Also, Maps.me partnered with some of the best creators for travel and content.

Together with the partnered content creators, they are able to add their custom routes to get to the most popular or iconic destinations in the world. Moreover, various points of the map with interesting landmarks are also added to the application and can be downloaded to be used offline.

The best part of it all is that it’s entirely free for download and free to use. There’s no microtransaction of any kind where you need to spend a few dollars to access a specific feature. This mobile app and all of its features will always be free.

Using Maps.me is the most convenient and efficient way of navigating a city without relying on the internet for directions. Whenever you’re traveling, and you end up being disconnected from the internet as you lose your way around town, this app will be your best friend. It’s ensured to make any tip free of hassle and stress. 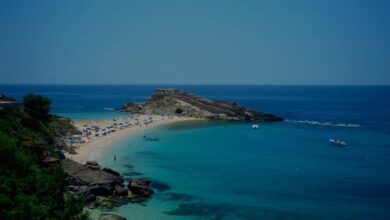