Autoimmune diseases like lupus, rheumatoid arthritis, multiple sclerosis, psoriasis, celiac disease, thyroid disease, are the top health concerns of the 21st century and those afflicted growing in number every year. Autoimmune diseases are responses to systemic inflammation that results in your body attacking its own tissues. Could there be a connection between food sensitivities and more notably gluten sensitivity and autoimmune diseases?

Diseases, like autoimmune diseases, are basically a group of symptoms that fit a common profile of others who suffer the same symptoms. Then it’s given a label. Having a label is fine, but it doesn’t help you with the root cause.

Food sensitivities are unlike food allergies. Food allergies involve a histamine response to an offending food and the reaction is immediate and can be life-threatening for those with severe allergies. Food sensitivities are an immune system response to offending foods that can take up to two or three days to appear. These responses can be vague such as headaches, congestion, sinus, anxiety/depression and more. Read more;What Do Tomatoes Do to Your Gut? Cool Facts Revealed by Science 2022

According to the Celiac Disease Foundation, gluten is: “a general name for the proteins found in wheat (wheatberries, durum, emmer, semolina, spelt, farina, farro, graham, rye, barley, and triticale – a cross between wheat and rye. Gluten helps foods maintain their shape, acting as a glue that holds food together. Gluten can be found in many types of foods, even ones that would not be expected.”

There are two main proteins in gluten. They are glutenin and gliadin and gliadin is the protein that is associated with the negative effects. Ten thousand years ago, wheat was not the version of wheat we have today.

Triticum wheat has been bred to generate a greater yield, not a nutritionally sound product. Modern Triticum wheat of today can’t even survive in the wild without human support such as fertilizers and pest control.  Can you imagine eating a plant that can only survive at the hands of man-made chemicals?

There have never been any safety studies involving animals or humans done on the hybridization of wheat and the new genetic strains created.  Plant geneticists were so intent on creating products to increase yield to satisfy the need to relieve world hunger, that it was assumed hybridizing wheat would result in a safe product. Because after all, wheat is wheat and wheat is a food product, right?

Gluten, What’s So Bad About It?

Gluten is what makes wheat ‘doughy’. That stretchable, rollable, elastic and twistable substance that rice flour, corn flour or any other flour cannot achieve.  Wheat is mostly carbohydrate and only ten to fifteen percent protein, and the majority of that protein (80%) is gluten.

People who suffer from celiac disease are suffering from the most extreme form of gluten sensitivity.  It’s actually an autoimmune disease. During World War II, a pediatric gastroenterologist from the Netherlands noticed that mortality from celiac dropped about 40% during the war and then went back to pre-war mortality after the war was over.  At that time gluten was not known to be the reason. During the war, there was no wheat available and potato starch was used for making bread and the disease went away. Babies at the time were fed only bananas when presenting with celiac symptoms. After the war, the babies were put on an elimination diet of all grains and gluten. The babies responded favorably and thus the connection between gluten and autoimmune celiac disease.

Can there be other issues and autoimmune diseases stemming from gluten sensitivities? Most certainly.

Our journey begins with the digestive tract

Our intestines are a long, windy tube roughly 15 -20 feet long and covered by a single, yes a single layer of cells that is a barrier to keep the bacteria, toxins and undigested food out of our bloodstream. This single layer of cells, a mucous layer, allows microscopically sized nutrients like single blocks of sugars, proteins, and amino acids that have been broken down through digestion to pass through to the bloodstream to use for fuel and to supply our organs with what they need.  In order to pass through this single-celled mucosal barrier, the lining is permeable with very tight junctures so only the smallest of single blocks of nutrients can pass through.

This barrier should be impermeable to anything else.  But with celiac research, it was found that the barrier’s tight junctures or ‘doors’ were being opened for other substances like gluten to get through triggering an immediate immune system reaction.

How Are These ‘Doors’ Opening?

Gluten is comprised of a substance called gliadin. Gliadin triggers the release of zonulin in the body.  Zonulin is the bodies trigger to save itself from an all-out infection that it cannot handle in the digestive system by opening up the ‘doors’ in the lining of the stomach to allow the infection to flow through to be fought by the bodies’ immune system.  What a wonderful last-ditch effort from Mother Nature to heal the body.

Unfortunately, it was the gliadin from the gluten that triggered the zonulin that opened the doors and there was no ‘threat’ to the body.  Now we have a gluten protein in the bloodstream that the body sees as a foreign invader. You do not need to have celiac disease for this response to happen.

The phenomenon of intestinal permeability caused by gluten due to the zonulin response is called‘Leaky Gut’. When you have leaky gut, your symptoms can be all over the map like anxiety, depression, brain fog, fatigue, headaches and the list goes on and on. Over time these symptoms are associated with different autoimmune diseases like MS, Parkinsons, lupus etc. Some researchers have found when zonulin levels are kept in check, diabetes is kept at bay. You may also

Experts believe that there need to be accurate tests for zonulin levels to prevent leaky gut syndrome and keep the ‘doors’ closed.

What Can You Do Today?

The first thing you must do is eliminate gluten for at least 4 weeks completely and see how you feel.  If you feel better, you need to continue complete elimination for 4 months to start healing your stomach.

Something so simple yet not heeded due to our hectic lifestyle is slow, conscious and mindful eating. When we chew our food thoroughly, digestive secretions start forming. Saliva is the first enzyme that starts the digestion process.  Being mindful of taking each bite, chewing thoroughly and swallowing is so very important to avoid gas and bloating.

When we eat hurriedly, half chew our food and swallow without thinking, we are taking in excess gas and not allowing our body to produce the necessary enzymes.  Then, not chewing thoroughly results in large pieces of unchewed food into our stomach.  Our stomach has to work extra hard to break down the food resulting in gas and bloating.

These are simple remedies that can make a profound difference in your gas and bloating issues.

Bloating is not caused by excess water in the stomach but mainly from gas. Gas is caused by inadequate digestion of proteins, starches, and fats.  It can also be caused by lack of eating hygiene, such as eating too fast and not chewing food thoroughly.  Snacking all day doesn’t allow the stomach to naturally cleanse itself when food is not in the stomach.

Avoid sugar. Sugar increases the bad bacteria leading to inflammation that opens the ‘doors’ of your intestine.

Take l-glutamine to heal your stomach lining for 3 months or longer depending on need. You may also read; When to Take L-Glutamine for Gut Health? Best Answer Revealed 2022

Gluten is a protein of wheat. Wheat has undergone major hybridization over the years yielding a wheat flour with high levels of gluten. For those with celiac disease, there is no tolerance of gluten and the body undergoes a major immune response that is damaging to the intestine.

The gliadin in gluten triggers the body to make zonulin which opens the ‘doors’ of the lining of the stomach allowing molecules of food and proteins into the bloodstream that should never be there. The body responds to these ‘threats’ as foreign invaders and can develop symptoms such as fatigue, headaches, depression, anxiety and more.  Over time autoimmune diseases can be diagnosed.

Take steps as outlined above to reduce your exposure to wheat and gluten and heal your stomach from the damaging effects of zonulin in the body in response to gluten.Read More: Probiology Gut+ Review: The Best Probiotic Supplement in 2022

Why Professionals Consider Zadinga as The Best Shop Management App?

Are Curry Combs Good for Dogs? 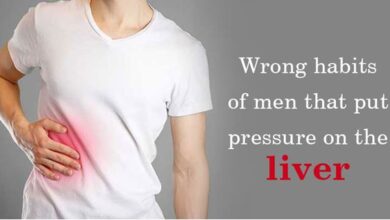 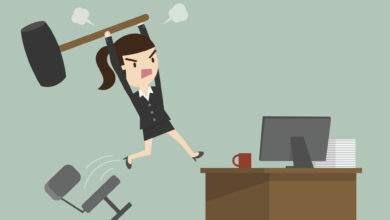 Anger Hypnosis Management: A Way to Control Your Emotions