Technology has a massive effect on changing our lifestyles over the past few decades. With most of the things being done online with computers, there are still some changes that we can expect in the future. Computers are taking over almost every traditional service. But right now, we are going through another transition in the field of technology.

Recent trends show that the sales of PCs and laptops are going down at a significant pace. But at the same time, the sale of phones is skyrocketing. Seeing this trend makes any normal man believe that phones will replace PCs and laptops in the coming future.

Apart from that, some people cite other things as well to prove this hypothesis. When you compare a 2-3 years old smartphone with today’s, you will find some mind-blowing improvements, but you can’t find such massive improvements on computers (at least in those that normal people use very often).

In this article, we are going to take a look at this situation. And by the end of this article, you will see this situation at your level with a unique perception. The question is instead a tough one, and it involves several complexities. We want to teach you about this situation in a rather straightforward manner. There are the advantages and limitations of both these devices for office use. So, let us get started with this.

How well does a laptop/desktop perform in the office?

The sale of phones is indeed relatively high as compared to PCs right now. But have you ever seen an office where everybody is working on phones? It is quite a ridiculous question, right. Here are some of the most significant utilities of PC/laptops when you use them in your office.

Several people cite a budget laptop to be heavier than smartphones. But when you compare the features of both these devices, they are highly work-oriented. Desktops come with the ability that offers a wide range of features good for office use.

It is another essential ability that you find on a desktop. A device used in the office may require more storage space than the meant for personal usage. Tough the storage capacity of smartphones has increased tremendously over the past few years, but they are still far behind if you compare them with the regular desktops of this age.

Usually, smartphones or tablets have 128-256 GB of storage at max. But some desktops come with storage in TBs, which is not the peak. And when you try to attach a smartphone/tablet with more storage, the process of fetching data takes more than usual time.

The most significant advantage of using a desktop/laptop over a phone is the ability to use different pieces of software. There are very few phones that can operate such software packages, but they can’t support every software feature. So, you won’t be able to use that software fully on that phone.

But when you are using a PC, there is no boundary. You can do everything possible with that software package. You can edit lengthy videos and do several other things as you like, and that too without a problem.

User-friendly when it comes to working for long hours

It is possible to attach a Bluetooth-compatible keyboard or a mouse to your phone/tablet. But when you have to write something of considerable length, you can’t do that easily. You can’t stick to the tiny screen if you want to write something for long hours.

But you can perform the same on a laptop/desktop without any issue. You can write as long as you want as the screen is large enough to make your experience convenient.

Some salient features of using a smartphone

This section will discuss what you can do with phones that you can’t expect quickly with desktops.

If you are not in the office and receive some urgent mail, you will immediately get a notification on your phone. Not only this, but you are also very much able to answer that mail using your phone.

Portability for quite a long time

The most significant advantage that a phone has as compared to a PC is they are highly portable. You can carry them anywhere in your pocket. And modern phones come with an advanced battery life that can last quite long as compared to laptops. So, when you are out of the office for long hours, you can stay informed about the whole things going on in the office.

Phones based on Android or iOS are quite secure if you compare them with a PC/desktop. It is because all those phones are coming with inbuilt security features. It is a feature that you will hardly find in a PC as in most of them, and you have to buy additional security software.

We tried to give you a broad overview of this topic to analyse the situation by yourself. But if you are looking for some final answer to this question, we would say NO. Smartphones can’t replace laptops (at least not coming a few years). The situation will be different if phones evolve so that they become friends for professionals over time. But such advancements are not apparent in the current market. At select4you, there is a detailed comparison of portable devices, and you will find articles on different laptops.

Phones have evolved too much, but most of the features have been meant to enhance your personal life. They can provide you better connectivity features, better cameras, a good screen refresh rate, etc. But such features become almost meaningless when you look at them from a professional’s eye.

How To Create A Successful Customer Review Strategy

Signs Your Man Is Interested in a serious relationship 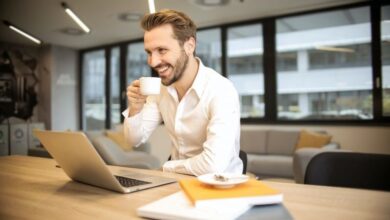 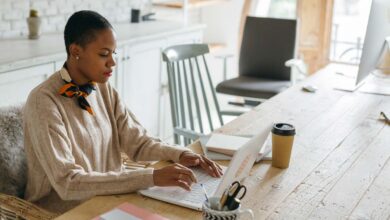 How Do I Make a PDF Form Online?

How to Pass the Security+ Training Certification Exam