The ‘War Department’ needs to approve the site

These Golden Gate Bridge facts about how long it took for the Golden Bridge to be built is no news for the locals. For the tourists, the idea of building a bridge was initially proposed in 1872. However, many thought that it is going to be impossible to build a bridge that is over one mile in length. After a few years, the idea of constructing the bridge came up again. But due to bureaucracy, it is going to take years before the War Department, who owns lands of both sites of the strait, issues a construction permit.

A lot of court rulings and hearings took place. Even passing an act from the State legislature, before the permit was issued by the War Department. Construction finally began in 1933.

A lot of people are against the Golden Gate Bridge

Aside from the bureaucracy, numerous people are against the idea of building the bridge. Can you guess who they were? Yup, the businessmen. To be specific, the Southern Pacific Railroad is one of those businesses that filed against the Golden Gate bridge. The Southern Pacific Railroad is a ferry company that hosts commuters between San Francisco and Marin County. Of course, their business will be affected once the Golden Gate Bridge is open to the public.

Another company that is against it is the Sierra Club. They believe that the construction will ruin the natural beauty of the strait. Believe it or not, 2,300 were filed against the Golden Gate Bridge. That is a lot of paperwork and hearings! Can you imagine how big the call was for boycotting it back then?

In 1920, several engineers made their design for the bridge. Joseph Strauss patented a design for the bridge. An estimate of less than $20 million is the funds that he should raise to continue building the bridge. When people saw the design, many are not happy with it. The media even blatantly called the design ugly. Eventually, the original design was scrapped and replaced by a more modern design.

Irving Morrow was one of the people who redesigned the bridge. He also took into account other elements such as decorations, lights, railings, and walkways. His design is the Golden Gate bridge that we know now.

The time of the Great Depression

The construction of the Golden Gate bridge was in 1933 and was completed in 1937! This fact is even more fascinating because it was during the Great Depression. The residents agreed to sell bonds for the construction can still push through.

The groundbreaking alone was a big celebration. There was a parade to Crissy Field, competition for engineers, and a 21-gun salute! The budget for the bridge is way below the original plan.

The opening day for the Golden Gate bridge was also a grand spectacle. The celebration almost took a week! President Franklin Roosevelt led the cutting of the ribbon for the bridge. However, it was done via telegraph taped at the White House, instead of him going to the venue.

A famous site to bid farewell

Despite the beauty of the Golden Gate Bridge, the site is also famous where people commit suicide. Since the bridge opened, there are over 1,600 people who jumped off the bridge. The very first record is a World War I veteran. This is one of the most unfortunate Golden Gate bridge facts.

To help reduce the suicide rate, there are suicide prevention hotlines along the bridge. Anyone can seek professional help after dialing. The public will also not have access to the pedestrian lane at night time. In 2014, a $76 million fund is allocated for the suicide deterrent net. The project is expected to be complete in 2021.

Now that you know more about the Golden Gate bridge, your next visit is going to be special. The bridge is not only an instagrammable spot but has a lot of interesting history, even before the bridge was built. The Golden Gate Bridge has always been a great symbol of American determination and perseverance. Well, they deserve the title since they built a bridge that is impossible to build.

Organic Pest Control Methods to Get Rid of Pests from Kitchen 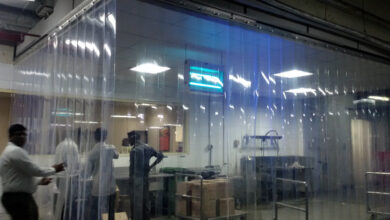 Some Great Home DIY Projects to Try Out